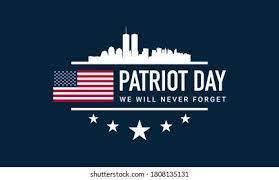 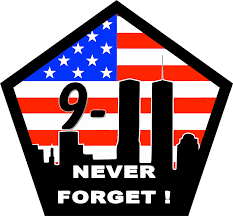 By a joint resolution of the U.S. Congress on Dec. 18, 2001, September 11 was designated as Patriot Day. The resolution calls for the president of the United States to issue a yearly proclamation requesting that all U.S. flags be flown at half-staff. Further, Americans are asked to honour the dead with a moment of silence beginning at 8:46 AM, Eastern Standard Time, the time that the first airplane struck the World Trade Center, and to respect the ceremonies of remembrance when they are conducted.

We Remember - click here to hear a 2:00 minute interview.

For many, September 11, 2001, began like any other weekday. We made our way to work. Children attended school. We shopped, had coffee, waited in line at a drive-thru. Those of us who weren’t in New York City heard the first reports on the radio or television. A friend or neighbor alerted us to a plane flying into one of the Twin Towers. We felt disbelief. An accident, perhaps, a miscalculation. Then, a second plane flew into the second tower. Our disbelief turned into uncertainty and concern.